Cats’ whiskers are located on either side of their face, the upper lip area, on the jaw, around the eyebrow area, near the ears and on the forelegs. These sensitive hairs help cats to navigate their environment and detect movement.

Why do cats have whiskers? Cat Whiskers provide critical information about the width of an opening and whether or not a cat’s body can fit through the space. Cats often use their whiskers to gauge whether they can squeeze into a tight space.

Cats’ whiskers are sensitive, unlike human hair, and deeply embedded in the nervous system. When a cat’s whiskers touch something, they send sensory information to the brain that helps the cat sense what may be around them.

This enables the cat to make decisions about its next move. As a result, the stiff hairs play an important role in a cat’s overall behavior and navigation.

Cats Whiskers On Either Side Of The Face

Each whisker is attached to a hair follicle that is connected to a network of nerves. The nerve endings are activated when a whisker brushes against an object and signals are sent to the brain that help the cat determine the size, shape, and texture of an object.

How Many Whiskers Do Cats Have?

Cats typically have 12 whiskers on each side of their face, for a total of 24 cat whiskers. Depending on their genetics, some cats may have more or fewer whiskers.

The long whiskers on the back of a cat’s legs help them to judge the width of an opening so they can determine if they can fit through it.

Cat’s facial whiskers can be long and droopy and black or white.

Whiskers On the Forelegs

Whiskers on the forelegs are called carpal whiskers are long, thin hairs that grow on the back of a cat’s front legs.

These whiskers are also sometimes called “pastern” whiskers. Although, they may look like nothing more than regular cat hair, carpel whiskers play an important role in a cat’s life.

These cat whiskers are extremely sensitive and can detect even the slightest movement or vibrations, which helps a cat avoid predators or prey that may be lurking nearby. They help the cat orient itself and navigate its surroundings. Foreleg whiskers are particularly useful to help a cat climb trees.

Carpel whiskers can be used to gauge whether or not a space is too small for a cat to fit through. As a result, these whiskers help keep cats safe from harm.

Carpal whiskers help cats to navigate in low-light conditions by acting as sensors that detect changes in air pressure.

Eyebrow Whiskers And Whiskers On Top Of The Head

There’s a reason cats have those unique whiskers on their eyebrows and even on the top of their head – they serve an important purpose! Cats use their whiskers as sensory organs, helping them to navigate their way around in the dark or in unfamiliar territory.

The whiskers are also very sensitive to touch, vibration and air movement, which allows cats to detect predators or prey long before they come into view.

In addition, the whiskers help cats to judge the width of openings and determine whether they can fit through them.

So next time you see your cat’s whiskers twitching, know that they’re not just being cute – they’re hard at work!

DID YOU KNOW THIS ABOUT CATS WHISKERS?

What Are Proprioceptors On A Cats Whiskers?

At the ends of a cat’s whiskers are sensory organs called proprioceptors that help the cat stay aware of his surroundings. The proprioceptors send signals to the brain regarding the cat’s body and limb positions so that he is aware of what each part is doing. This is how a cat senses the world and land on their feet with near-perfect precision.

What are Whiskers Made From?

Cats’ whiskers are made from the same protein that makes up human hair, nails, and skin: keratin. Unlike our hair, however, cats’ whiskers are not dead when they fall out. New whiskers constantly grow to replace the old ones.

Some possible reasons that whiskers fall out include injury, stress, illness, grooming or simply old age. Whiskers may also fall out as a result of the natural shedding process. In most cases, however, cats’ whiskers will eventually grow back.

What Does Analysing The Composition Of Cats Whiskers Reveal?

Can Cats Control Their Whiskers?

While it may appear that cats can move their whiskers at will, they are actually reacting to stimuli in their environment.

For example, if a cat feels something brushes against its whiskers, the muscles in the whisker follicles will automatically contract, causing the whiskers to move.

Thus, while cats cannot consciously control their whiskers, they do use them as an important part of communication.

Cats Can Have Whisker Stress

Cats are fastidious groomers, spending up to a quarter of their waking hours licking and grooming themselves. This helps to keep their fur clean and free of parasites, but it also has a calming effect. Grooming is a self-soothing activity for cats.

However, excessive grooming can lead to whisker fatigue. This is a condition in which the hairs of the whiskers become damaged or broken due to too much licking and chewing. In severe cases, the whiskers may fall out completely.

While not all cats will experience whisker stress, it’s important to be aware of the potential problem and take steps to reduce your cat’s exposure to stressful stimuli. For example, you might want to avoid using plastic food bowls, as the texture can be irritating to the whiskers.

Choose cat bowls that are wide and flatter than usual to avoid stressing the whiskers. 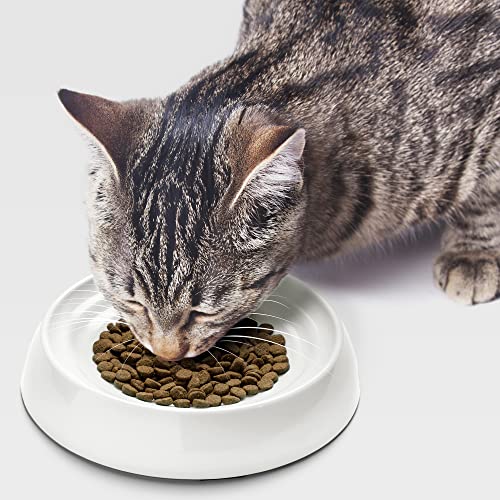 Can Cats Whiskers Be Trimmed?

Do Not Ever trim cats whiskers even if you think they would look better trimmed. Perhaps the cat’s whiskers are uneven or bent. Trimming or removing a cat’s whiskers can have a significant impact on their ability to navigate their environment. In some cases, cut whiskers lead to disorientation and anxiety.

If you have concerns about a whisker that you think is impeding the cat in some way, visit the vet for further advice.

Are The Whiskers Of A Cat Lucky?

Anything that you attach meaning to can be called lucky. Think of sportspeople that have a lucky charm or pair of socks. Some have a gameday procedure before a game that denotes luck to them.

The same applies to the whiskers of a cat. There is nothing in ancient folk lore to suggest that cat whiskers specifically, are lucky even though cats have been traditionally ben associated with witchcraft.

Some people do like to collect fallen whiskers and wear them or keep them in a vial like the one below. If this has meaning to you, then it is your private and personal lucky charm and that’s a good thing. 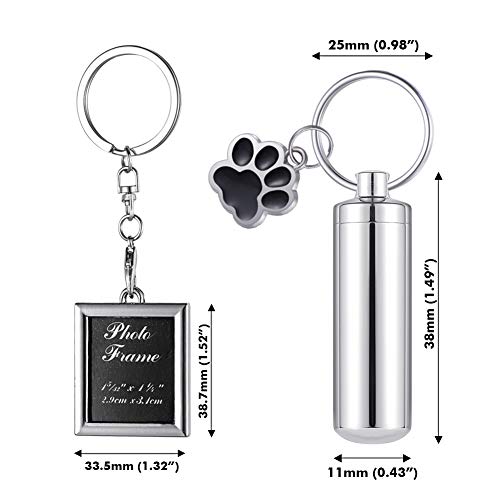 Cat whiskers are made from Keratin, the same as our hair. It does not hurt us when our hair is cut and neither does it hurt a cat. However we know how important whiskers are for navigating their environment so they should never be cut.

It would definitely hurt a cat if a whisker was removed as the whisker is embedded deeply within the skin and connected to the nervous system.

Dog’s whiskers fulfil a very similar function to the whiskers of a cat. The main factor differentiating the two, is that cats have whiskers on the forelegs and dogs do not.

How clever are whiskers?

Cats are renowned for being territorial, and they frequently like to mark their territory by urinating in the same place. We’ll talk about the smells that stop cats from urinating on carpet in this blog post, as well as how you may use them to your advantage What Smells …

Cat urine stains and the associated pungent odor can be stubborn to remove. Even if we think we have done a good job, …

If your cat is suddenly starting to pee outside of the litter box, there could be a number of reasons why this is …

This Is How To Introduce Multiple Cats With Success

Introducing a new cat can be tricky or the process can be a piece of cake. The most common answer to this question …

Does Vinegar Really Work To Get Rid Of Cat Urine Smells?

You may have heard that vinegar is a good solution to eliminate cat urine smell. Does it really work? Let’s find out. The …

Why Do Cats Cover Their Face When They Sleep? Need To Know?

One habit that cats have in common is sleeping with their faces covered. Why do cats cover their faces when they sleep? Read …

This Is How To Get Cat Pee Out Of Yarn Successfully

Cat pee in yarn is more than an annoying problem. Yarn is expensive, so you don’t want to sacrifice the yarn, not to …